Today we went to Oxburgh Hall. This house has been in the family since the 14th century.  Crazier part, they are Catholic. For this family to have owned and pass this house down generation to generation since the 14th century and still live in half of it thats closed to the public today is amazing. One reason was at the end of the 16th Century it was high treason for a Catholic priest or family to be in England. 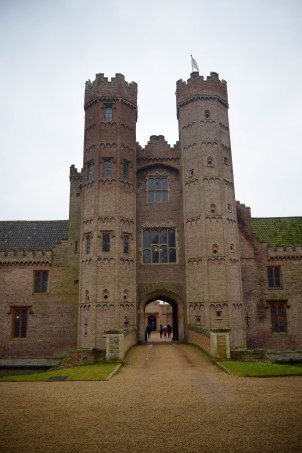 During the late 16th century the Bedingfelds’ fortunes declined. Elizabeth I came to the throne in 1558, a Protestant determined to further her father’s reformation of the Church in England. The Bedingfelds, in upholding their Catholic faith, suffered sanctions and were increasingly ostracised. At about this time, the family may have constructed the unlit, cramped priest hole concealed beneath a brick-topped trap door in the garderobe. This tiny space would be a place of refuge for a Catholic priest in the event of Oxburgh being searched for evidence of the household’s continued practice of Catholic rites.

Now for the priest hole..Daniel got me coming in and out and I just got his legs going out. 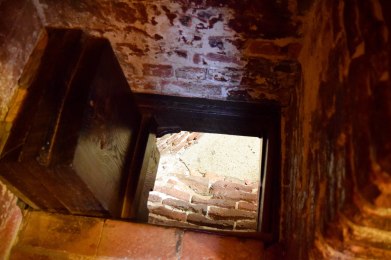 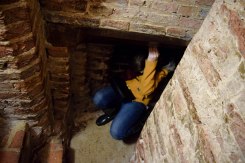 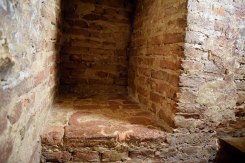 The roof and view! 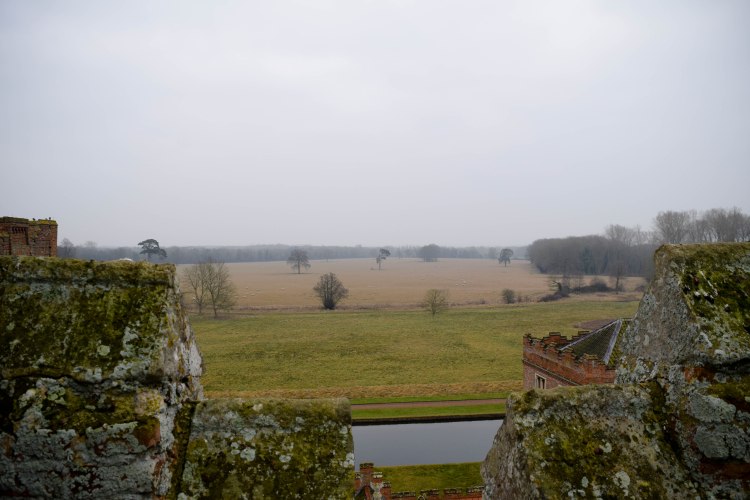 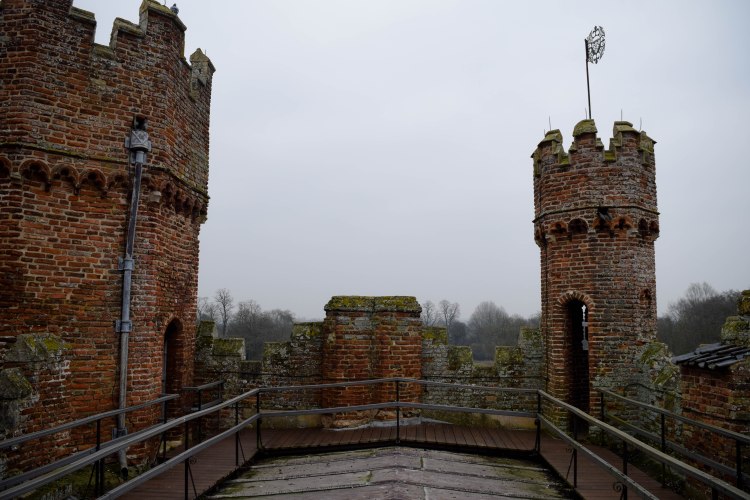 And remember when I said I felt like we lived in a fairytale?! Even on a wintery day it’s magical! 💜 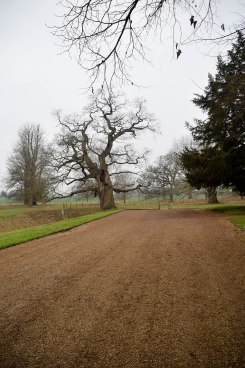 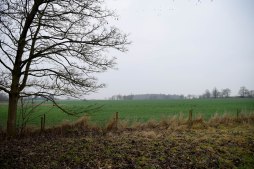 AND this isn’t even all of the pictures, check out the rest here.

Til our next adventure,

Welcome to our adventure, travel, + lifestyle blog! This is a collection of where we want to go and where we've been! Follow along to get travel ideas on what you would like to see that you maybe didn't know about. If you do follow along, enjoy!

Like want you see and want to see new blog post as soon as they are up?